Browse our Services by Country

India has the world’s largest child population. Alongside India’s economic growth and development,  the country has made progress in tackling extreme poverty, improving access to education and reducing school dropout rates. However,  challenges still remain and India’s economic successes have not resulted in improved quality of life for everyone everywhere, especially women and children.

More than a third of all Indian children live in extreme poverty. An estimated 10 million children between 5 and 14 are engaged in work, whereas 20% of all children aged 15 to 17 years old are involved in hazardous industries and jobs. Women make for only 23% of those employed in India’s informal sector, but up to 91% of Indian women in paid jobs are in the informal sector.

In India, child labour is still common particularly in the informal sectors and in mills, undermining children’s rights to education, protection and development. As one of the world’s largest producers of textiles and apparel, the sector is providing direct employment to 45 million people and indirect employment to 60 million people. A large part of these indirect jobs are happening in the informal sector. Children are often trapped in these informal settings, where they are not only denied  their right to education and development , but, given the often unsafe and exploitative working conditions, are deprived of their right to survival and protection.

Businesses can directly contribute to efforts to strengthen child rights by strengthening mechanisms to prevent and remediate child labour, creating decent work for youth as well as investing in measures to strengthen childcare provisions and improve protections for women.

Supporting You in India

The Centre works with a network of partners and consultants in India to offer child labour prevention and remediation support, conduct risk mapping and social needs assessments to increase understanding of risks and identify opportunities there, and deliver in-factory programmes to advance child rights and create decent work. We have recently conducted a rapid child rights risk assessments focussed on three major Indian manufacturing hubs in India serving the ready-made garments and toy industry, to identify how COVID-19 is creating challenges. Working with our local partners, The Centre offers services across India in multiple languages and regions.

Browse Our Work in India 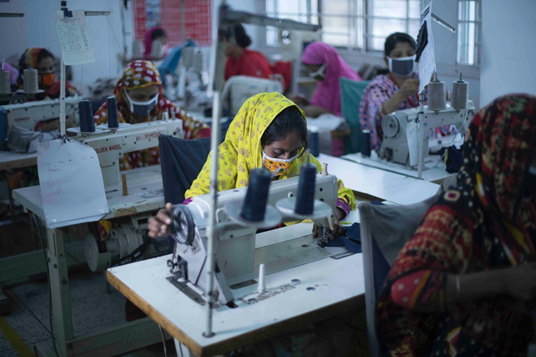