Could this be the Most Child Friendly Factory in China?

Could this be the Most Child Friendly Factory in China? 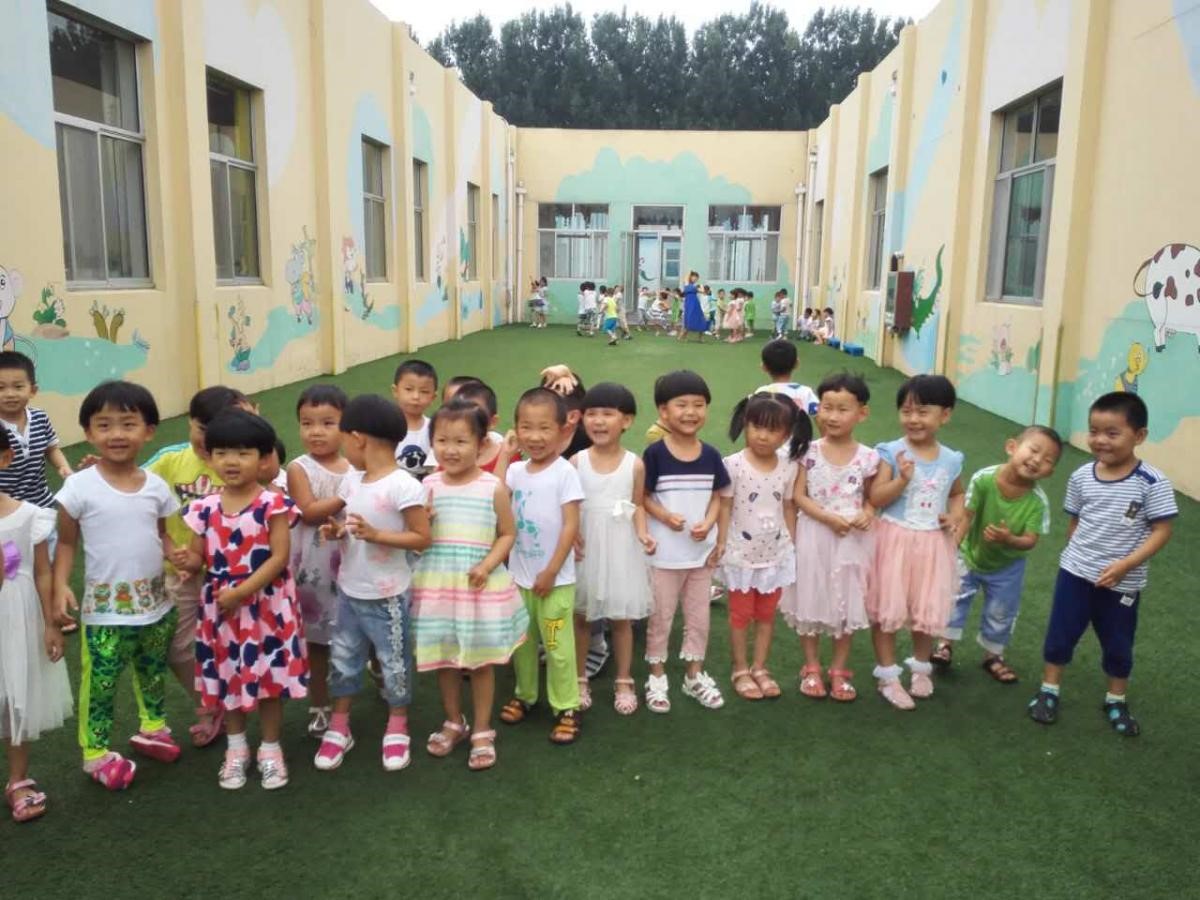 In 2016 we learnt from a client that one of their suppliers boasted a state-of-the-art childcare facility within their factory complex. Eager to see it with our own eyes, we set off for Zhucheng County in Shandong Province to take a look for ourselves.

The visit did not disappoint.

The factory makes textiles for a major Scandinavian clothing company and employs around 3000 workers. Like in so many other factories across the country, many of the workers are parents with kindergarten-age children.

Migrant workers typically account for a large percentage of worker populations in Chinese factories, but not all of them have the means to bring their children with them. For one, Hukou restrictions prevent many migrant children from accessing local social services including schooling, so for many working parents, leaving children behind in the care of relatives is seen as the only option. What's more, life in the factory often means long hours, overtime and short weekends. That makes it difficult, if not impossible, for many workers to take care of their children themselves. Even if they manage to find a good local school to send their children to, who can drop them off and pick them up after school? Balancing the demands of work and parenthood is an insurmountable challenge for millions of parents across the country and unfortunately, factories that fully support working parents through flexible working hours and childcare facilities are the exception rather than norm.

This is where the Zhucheng factory stands out. 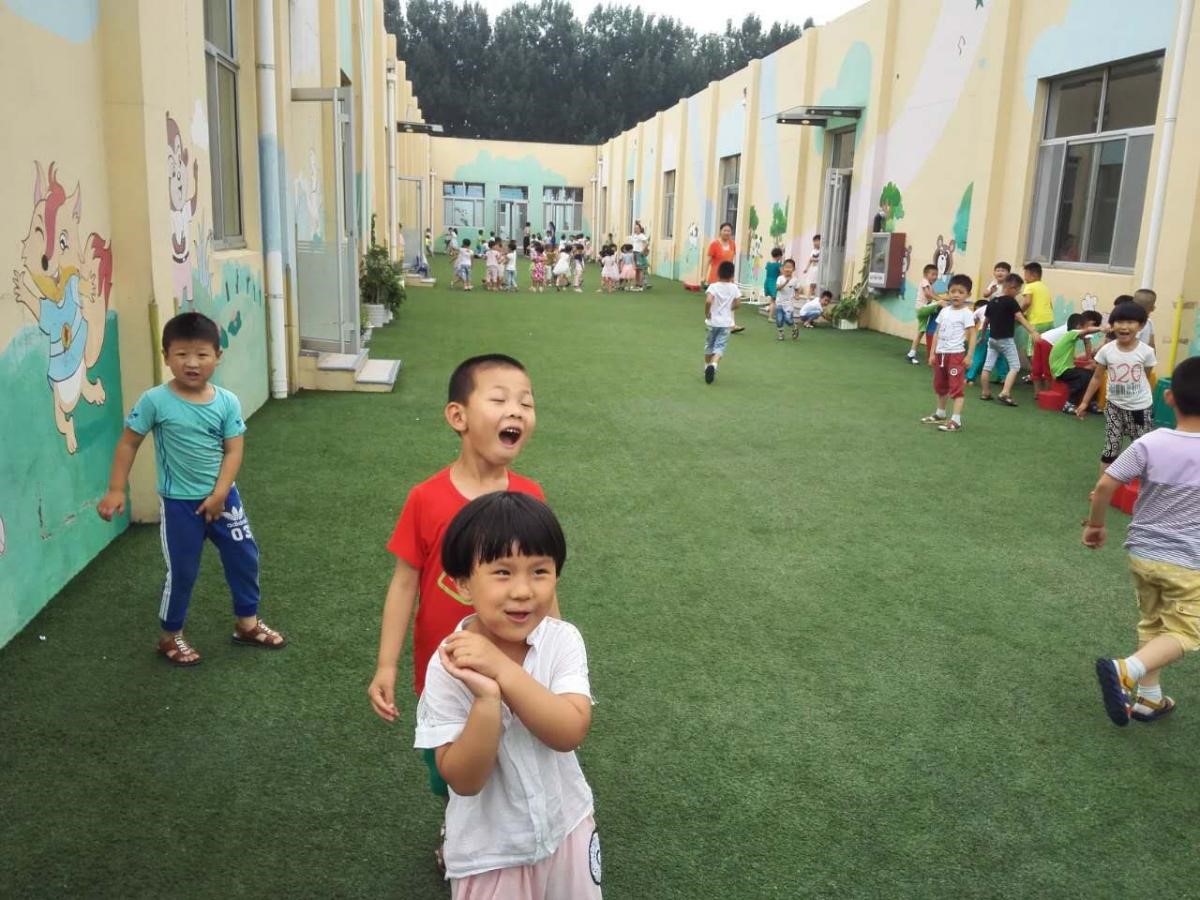 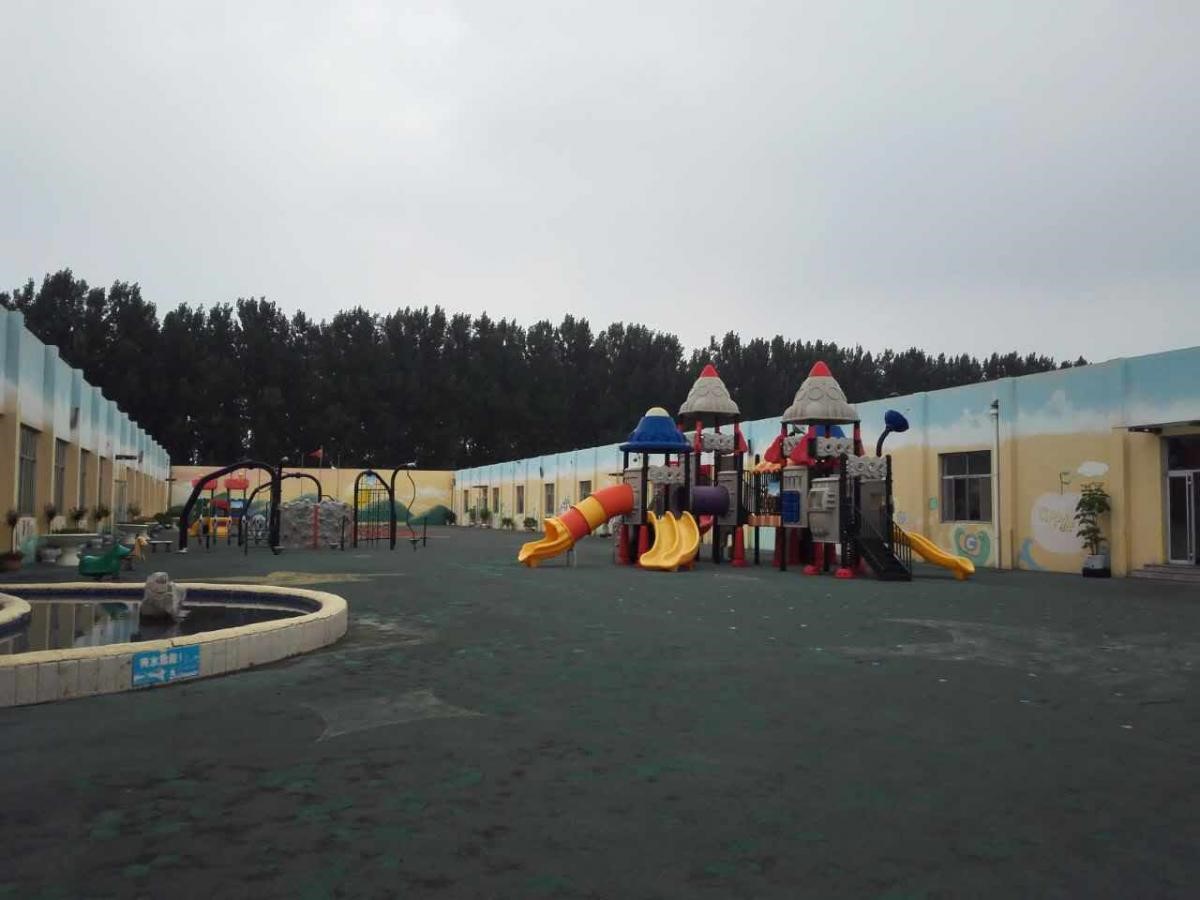 An expansive yard is flanked by colourful buildings depicting fluffy clouds, trees, animals and cartoon characters. On one side stands a playground, equipped with a play castle, slides and other fun contraptions for children to play and climb on. On the other side is a green lawn where children run, play games and take part in outdoor activities. Inside the building are clean, colourful rooms; some lined with mini beds for the kids to nap on after lunch, others housing a depot of infant bikes and game equipment. This kindergarten wouldn't look out of place in a first-tier city in China. But what's most striking about this kindergarten is not the fact that it's located within the walls of a factory complex, it's the genuine sense of happiness among the chirpy youngsters who are enrolled here. 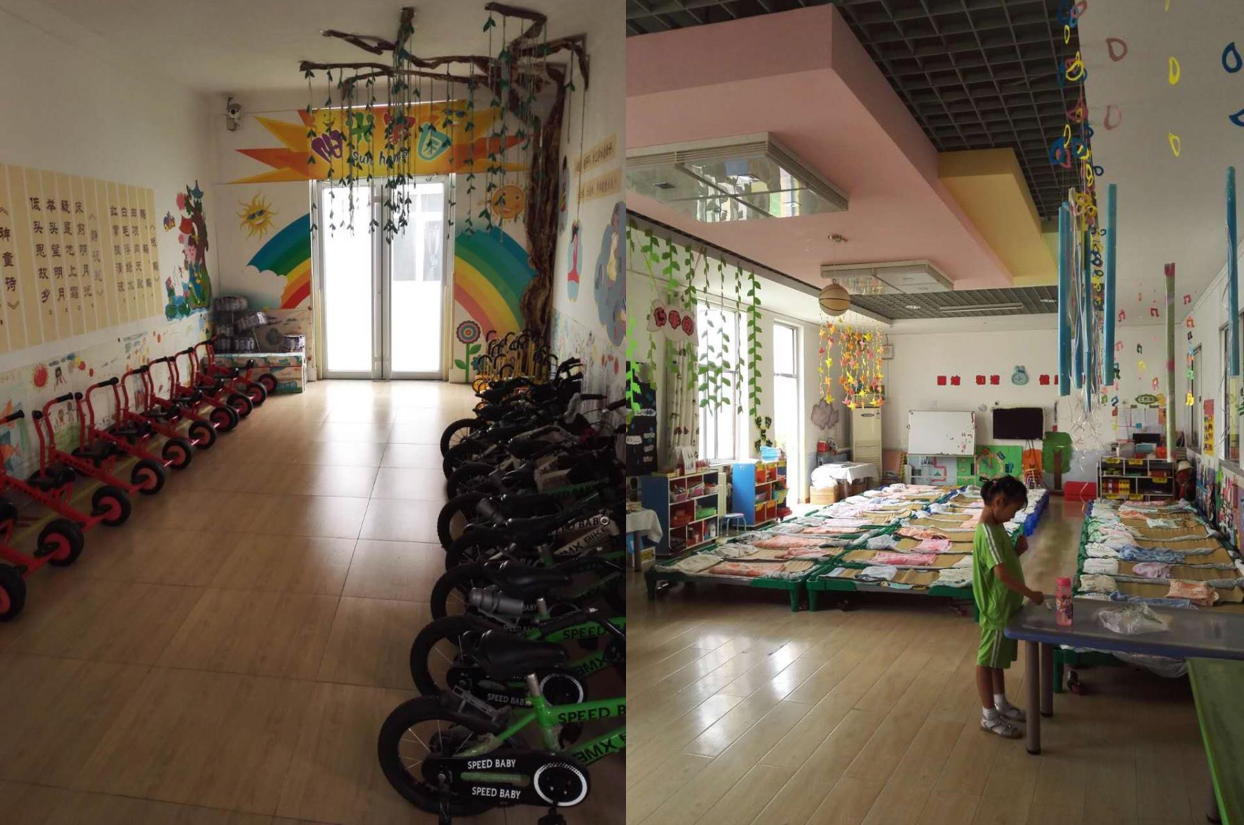 The kindergarten opened its doors in 2012 and currently enrols 500 children between the ages of 3-6 years. Open to children of all workers, the kindergarten's name, Sinoer Mini-Harvard Kindergarten, hints towards the factory's ultimate ambition: to create a high-quality kindergarten of Western standards. Already recognised as a "Model Kindergarten in Shandong Province", it seems like the goal is not far off. 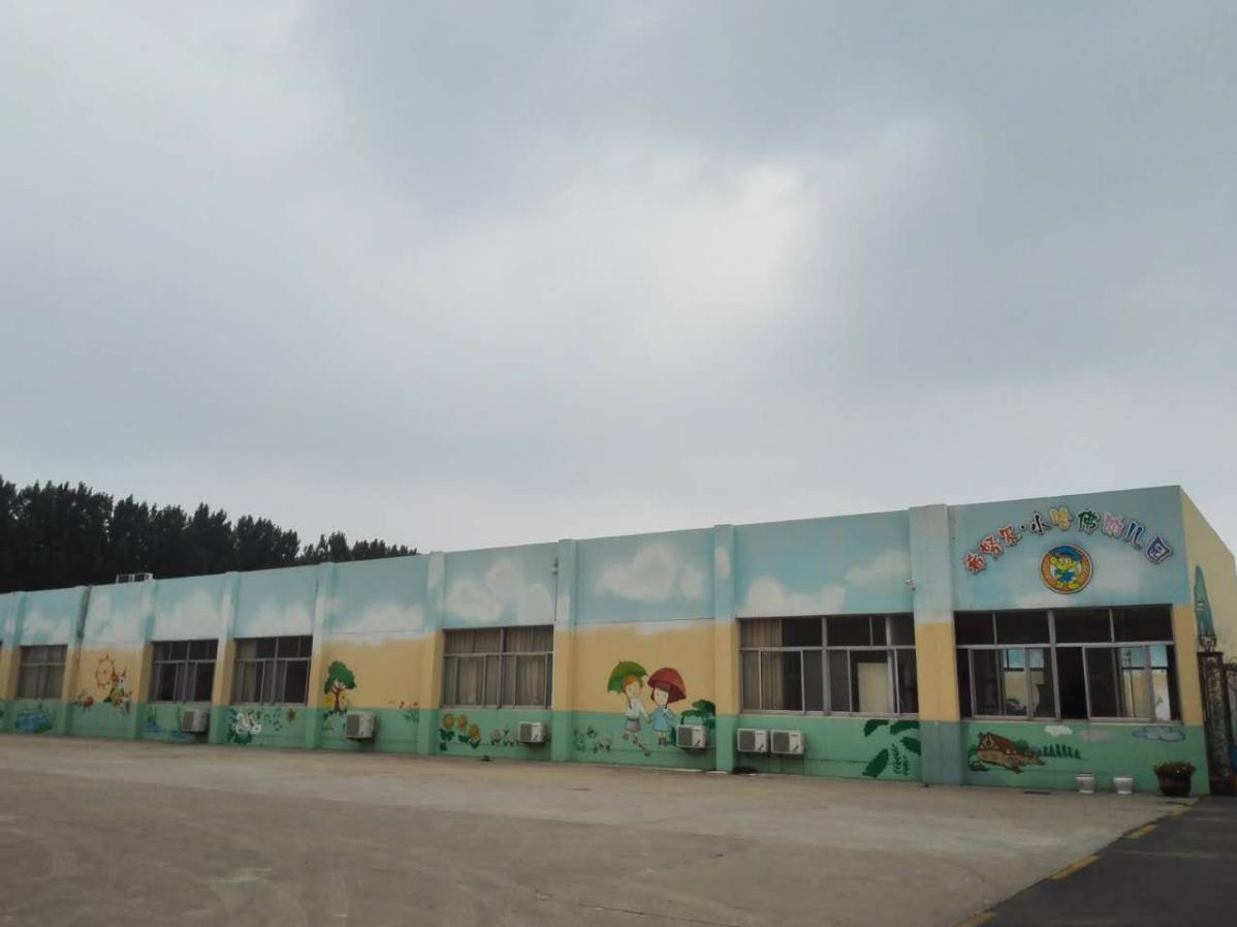 But costs of international-quality education are notoriously high in China and we couldn't help but wonder about the costs involved. The kindergarten employs 48 highly qualified teachers, some of whom are bilingual, who receive the best salary and benefits package in Zhucheng County, we're told.

The kindergarten does indeed require a substantial investment, factory management tell us, but they believe it is worth it. According to the head of the kindergarten, the main incentive behind this kindergarten was to award employees for their hard work and to provide them with real, practical benefits. Prior to opening the kindergarten, management saw how parent workers struggled to communicate with their children and to understand their children's needs. Management viewed a positive work environment that supported young families as an essential criterion in ensuring a satisfied workforce. "By opening a kindergarten, workers will perceive the factory as a kind place," the kindergarten head says.

Taking the altruistic approach of this kindergarten one step further, enrolment costs (400 RMB per month) are far lower than the provincial average of 1000 RMB. And all extra-curricular activities, like singing, dancing, sports or learning musical instruments, are free of charge. The Sinoer Mini-Harvard Kindergarten is by all definitions a "not-for-profit" operation.

“The 400 RMB tuition each month mainly cover the cost of children’s meals every day and we will not make a profit from it”, the head of the kindergarten tells us.

The kindergarten has had a profound effect on the lives of workers and the local community. Factory staff tell us of how more and more workers are choosing to buy property near the factory so that they and their families can settle down there for good. For these workers, the kindergarten therefore spells the end to an uprooted life.

But it's not only the workers who are benefiting. At the beginning, teachers found that many migrant children were not close to their parents, felt out of place in their new environment, cried a lot and wanted to be reunited with their grandparents. But because the kindergarten allows parents to be reunited with their children, they have slowly came to understand the emotional needs of their offspring, especially the urge for parental love and nurturing. What's more, teachers found that at the beginning many migrant children lacked a sense of rules, but even this improved over time: "The children who graduate from here are very polite and sensible," the head of kindergarten proudly tells us.

As we end our tour of the factory kindergarten we ask management whether they track potential returns on investment to build a potential business case, such as by monitoring staff turnover rates, retention rates, recruitment costs etc. We're told that while they keep basic staff records, the aim of this kindergarten is not to generate profit, but to genuinely benefit workers and their families.

Impressed by everything we've seen and heard, we leave the factory wondering: could this be the most child-friendly factory in China?