Child Labour in Myanmar: Two Girls get a New Start and Skills through Remediation

Child Labour in Myanmar: Two Girls get a New Start and Skills through Remediation 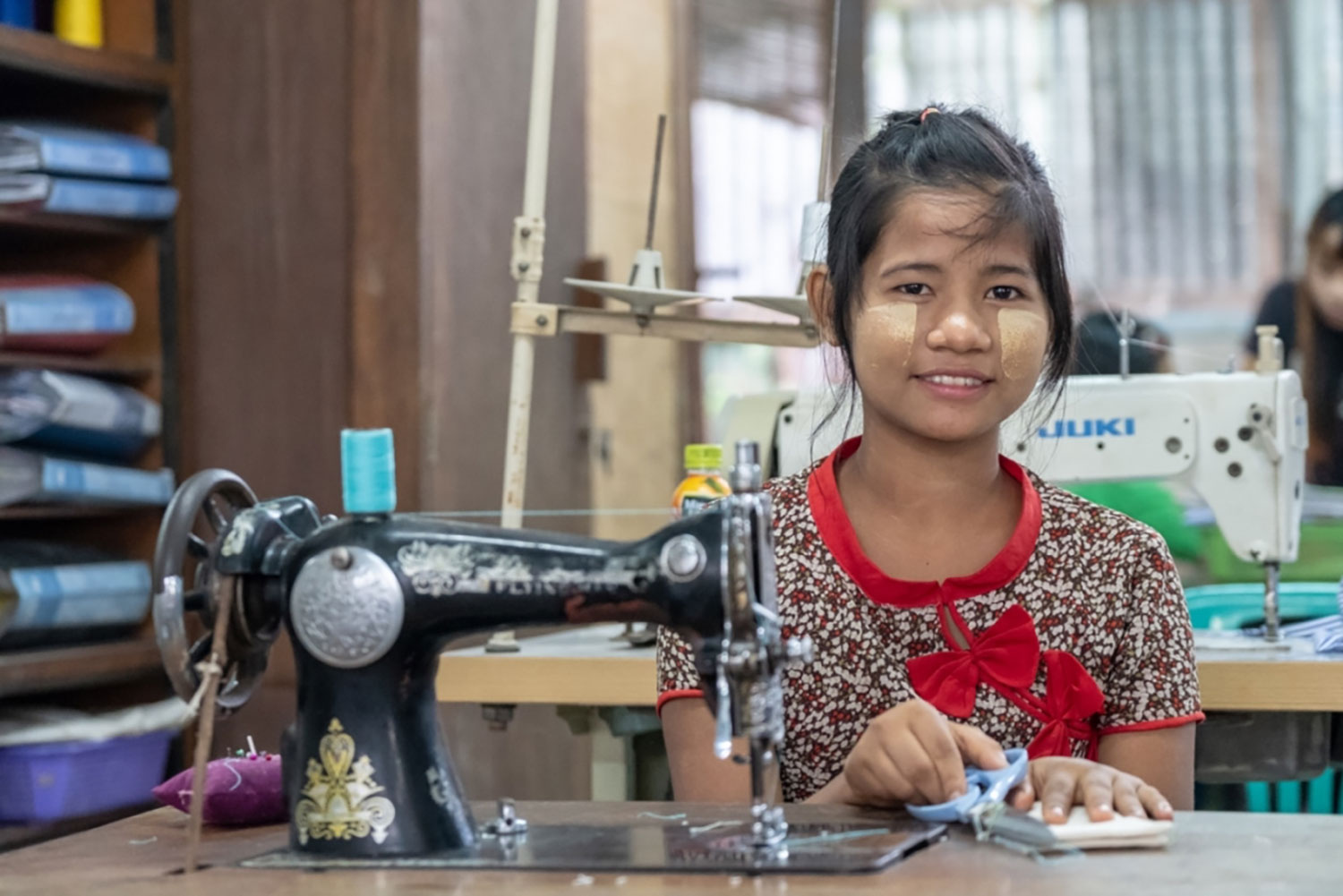 Rather than go to school and hang out with friends like a “normal” 7-year-old, Warwar dropped out of school when she was in Grade 2 to work. She didn’t have much of a choice. With two ill parents unable to work and three younger siblings to feed and send to school, Warwar was the only one in the family capable of securing work to sustain the family. Their home was located in the Industrial Zone of Yangon, where temporary and informal jobs were plentiful.

When Warwar was 14 a neighbour tipped her off about a garment factory hiring temporary workers. She saw it as an opportunity to secure more stable income for her family and so applied for a position. She was hired, and so Warwar began her first job in a factory environment.

The Drawbacks of being a Temporary Worker

Despite the temporary satisfaction of receiving cash in hand every Saturday, Warwar was all too aware of the drawbacks of having a ‘temporary worker’ status: she couldn’t avail of even the most basic services offered by the factory, including the factory shuttle bus. Nor was she eligible for a transportation allowance. Each night she had to find her own way home in the dark. Another downside of being a temporary worker was that she got no training whatsoever.

By the time Warwar was discovered by an auditor, she had been performing the same task, 10 hours a day, six days a week for half a year. Despite having a legal minimum working age of 14, it is forbidden for children aged 14 to work for more than four hours per day in Myanmar.

She complained that her fingers hurt from the repetitive work (removing paper tags from clothes) and long working hours. By then, it had been about six years since she last stepped foot in a classroom or received any type of formal education.

Warwar was discovered in the factory together with another 14-year-old girl in a very similar situation: Moe Moe. She too dropped out of school in Grade 2 to support her family of nine. Like Warwar, she worked excessive hours each day, six days a week.

Back to Education Through Remediation

The Centre supported Warwar and Moe Moe after they stopped working upon being discovered during an audit. CCR CSR took the girls’ interests into consideration and enrolled them into a vocational school that met their needs. Since January 2018, the girls have been taking sewing classes in the morning and then attend non-formal education classes in the afternoon to catch up on the gaping gap in their education.

“I sometimes get confused when studying math because I’m not very good at it, but I’ll keep trying my best!”, Warwar told The Centre.

Meanwhile Moe Moe beamed about improving her literacy skills since attending the FXB Vocational School: “I can learn a lot of things and gain knowledge on subjects I never knew before.”

When the girls complete their education at the school, not only will they be able to apply for more decent, better paying jobs, they can also be a greater asset to their employers by possessing a wider skill set.

Watch a video on her story here: