It’s not all too often that the proverb “it takes a village” can be used in the literal sense to describe a situation, but in the case of Amar* it literally did take a village for his remediation programme to be fully trusted and accepted.

Amar was 15 years old when an auditor found him working in the washing section of a garment factory handling chemicals without any protective gear such as gloves. It was only his second day of work but he was already hurled into an intense work schedule of 12 hour shifts. While the minimum age limit in Bangladesh is 14, juveniles aged 15-18 are not allowed to do hazardous work such as handle chemicals, nor are they allowed to work more than 5 hours a day.

Amar dropped out of school 4 years earlier when he was in grade 4. After being tipped off by an acquaintance about work opportunities in the factory, Amar applied for a job at the factory directly and was hired without having to present any kind of ID documents. During the rapid assessment that took place after The Centre (formerly CCR CSR) was notified of the case, Amar was still unable to produce legitimate documents to verify his age. His education history was a key clue in determining his age and by talking to him and his parents about his background, The Centre could join the dots together and figure out his age.

Early on in the remediation process, Amar expressed an interest to return to education. He was particularly interested in attending vocational school. However, not long after signing the remediation agreement, challenges began to emerge. As per standard procedure, The Centre’s local team tried to stay in touch with him and his family regularly to make sure he didn’t return to work, to arrange visits and to find suitable schooling options. But over time, the family became less reliable in picking up The Centre’s calls. Two months into the programme, The Centre learned that the family had suddenly moved back to their home village in a remote part of northern Bangladesh. 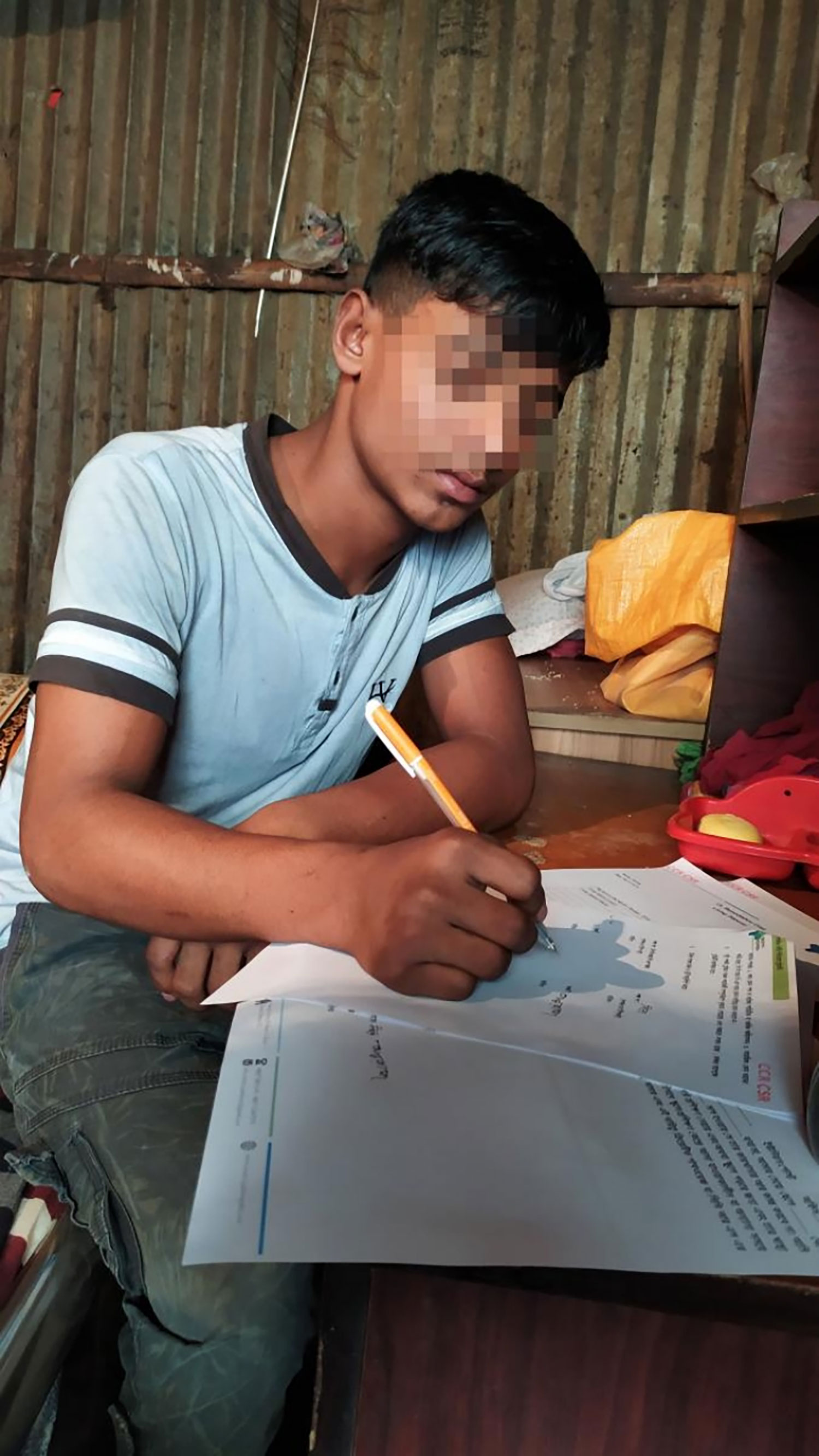 The move temporarily threw a spanner in the works but The Centre was just as determined as ever to find him a suitable education programme and to visit the family. In January 2020, The Centre’s local team embarked on long journey to his village. The top priority was to enrol Amar in a school or training programme. When our local staff finally arrived after travelling for more than half a day, they were met by a large crowd of villagers at Amar’s family home. It was not a welcome party. Amar’s family was deeply suspicious of The Centre’s intentions and asked the local villagers to come to their home for support. The villagers had many questions to ask and the commotion even attracted the attention of the local government who sent a representative to check out the situation.

Amar’s family eventually invited The Centre’s local team inside to discuss the details of the remediation and his schooling options. There was one local government school in the village and Amar was very willing to enrol. As they came to understand the aim of the programme –  namely to give Amar a second chance at education to increase his future job prospects –  the family began to trust The Centre and saw this remediation as something very positive.

During the trip, The Centre got Amar admitted into the school, opened a bank account for the family and paid Amar a living stipend that was enough to pay for all his school materials. He is now studying diligently in Grade 5 and even has a private tutor courtesy of the remediation programme, which is being sponsored by the brand that sources from the factory where Amar was found working.

Amar’s remediation programme is ongoing and slated to end in April 2020. Although there were some bumps in the road at the beginning of the programme, the perseverance and efforts of the local team to win over the family’s support well and truly paid off. Not only is Amar happy at his new school, his family are now fully aware of the opportunities that this programme can create for Amar. They are very grateful and have pledged to continue supporting his studies even after the remediation programme officially ends.