Why Child Friendly Spaces are Good for Children, Workers and for Business

Why Child Friendly Spaces are Good for Children, Workers and for Business 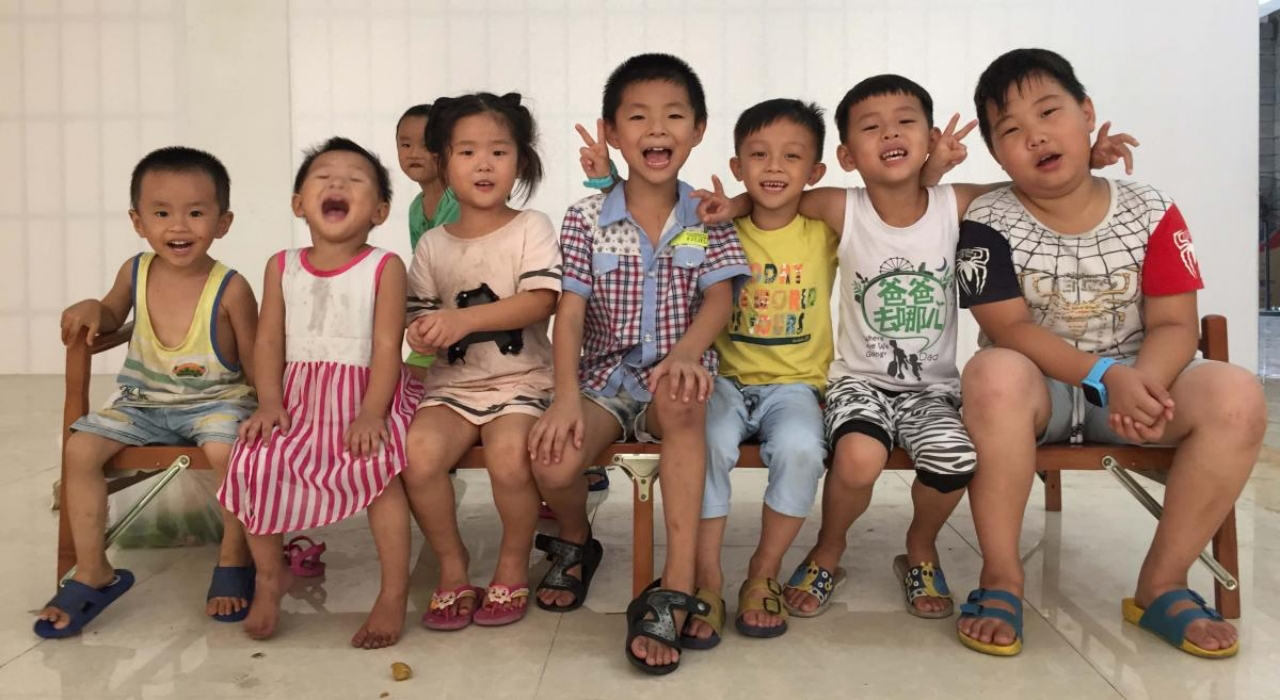 When Zhang Quan and his wife left Yunnan to work in a factory in Guangdong Province, their biggest worry wasn't whether they would settle in or make enough money; it was whether their four-year-old daughter would be okay back in Yunnan without them. This worry never once left them in the year that they've spent at the factory. Their story resonates with countless migrant parent workers in factories across China. Even those parents who do bring their children to the cities and industrial zones where they work can relate to the Zhangs' worries, especially during the summer when schools close and children are in need of supervision. Having on-site childcare facilities or summer camps arranged by factories are the exception rather than norm, leading to spikes in child labour and children in production areas. Stories of young kids locked in dorm rooms all day long are common around the summer too, as are reports of accidents involving unsupervised children.

A 2013 study by The Centre for Child Rights and Business (The Centre) found that parent workers were more prone to making mistakes when they worried about their children and close to half had left their job at one stage or another because of their children. Although gradual Hukou reforms are enabling more families to migrate together, these findings still hold true today especially during school holidays when the need for childcare is the greatest.

The above challenges have a knock-on effect on the factory's operations: they see high turnover rates among parent workers, they deal with distracted or unmotivated workers whose productivity may suffer, and they face greater legal and compliance risks due to children in production areas.

What if there was a way of addressing all the challenges above?

In the summer of 2016, The Centre rolled out a Child Friendly Spaces (CFS) pilot program that did just that. CFS is a temporary, factory-based facility providing a safe environment for children to play and learn through a range of activities under the supervision of trained staff. The facilities are set up and start operating during the summer school vacation months when many parents are out of childcare options.

Five factories across China implemented an CFS with the help and support of The Centre and two clients.

What did the project achieve?

In late 2016, The Centre conducted a study on the impact of the CFS in four out of five of those factories, and found that CFS brought positive impact in the following areas: 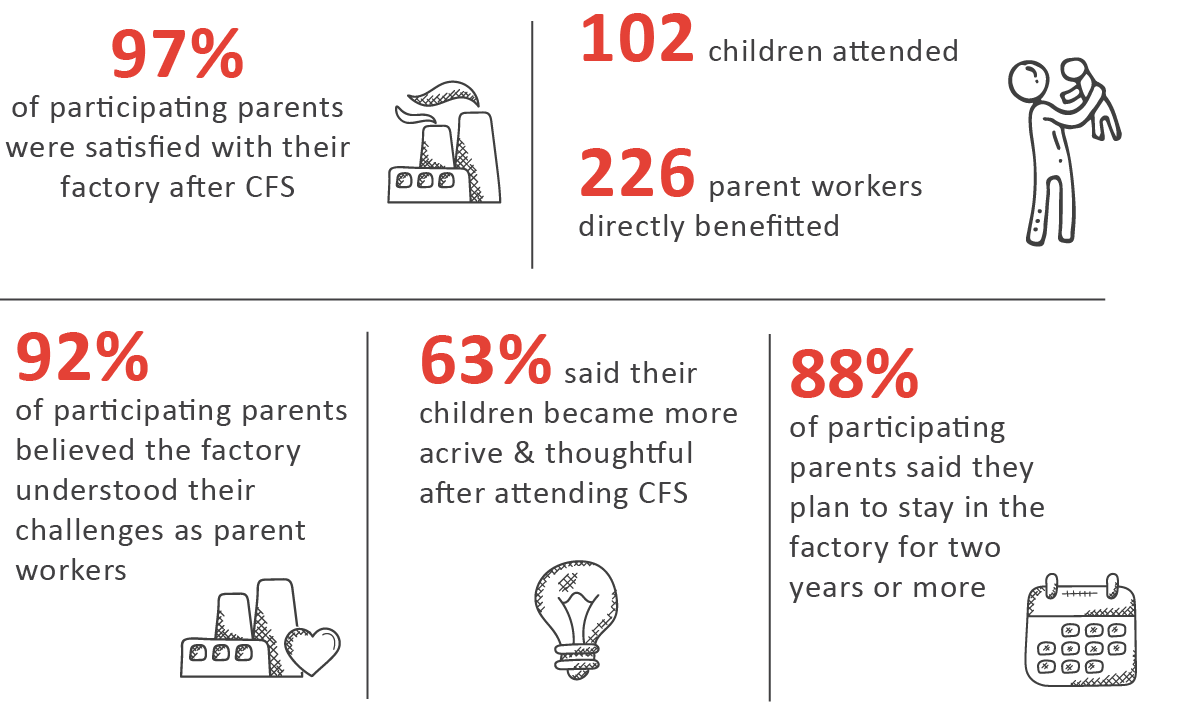 For the full details on the impact achieved by the CFS pilot project, read our study in the resources section.

Since this case study was produced, The Centre has successfully scaled up the project, with 82 factories having set up the space by 2020 and dozens more in the process of opening a CFS for the first time in 2021. We are also in the process of scaling CFS to other countries and industries, with one innovate new model being piloted in Turkey’s rose gardens in 2021. Plans are also under way to roll out CFS in Vietnam and other sourcing countries.

If you are interested in setting up CFS at one of your supplier factories, or you are an organisation with services that could potentially support companies in engaging with CFS or related activities please contact us.

Please click on the document below to read about the impact and achievements of our Child Friendly Spaces programme in 2020.