Voices from the Factory: A Line Manager on Career Advancement and Generational Gaps

Voices from the Factory: A Line Manager on Career Advancement and Generational Gaps

In July 2016, The Centre (formerly CCR CSR) visited a toy manufacturing factory in Guangdong where we run a Child Friendly Space programme, a temporary space open during the summer holidays that allows workers and their children to spend more time together. The factory, located in Heyuan, is just one of many in the province. Factories like the one we visited have helped Guangdong become the largest exporter and importer of goods in China. As a result of the tremendous growth in its economy, the province has been dubbed as the “manufacturing hub” of China.

Like in many other provinces, Guangdong’s factories rely on migrant workers who have played a substantial role in transforming the successful province into what it is today, yet, they face multiple challenges that have profound effects on their families. An estimated 24 million workers from other provinces migrate to Guangdong, in order to provide for their families who are often left behind due to financial reasons and hukou - China’s household registration system.

For this particular factory visit, our mission was to see how the Child Friendly Space was being received by both the workers and children. That's where we met Xiao Chen, a 39-year-old mother from Boluo county. While we initially expected to hear all about how her youngest daughters have taken to the Child Friendly Space, it was her story of career progression and the challenges she has encountered that grabbed our attention. 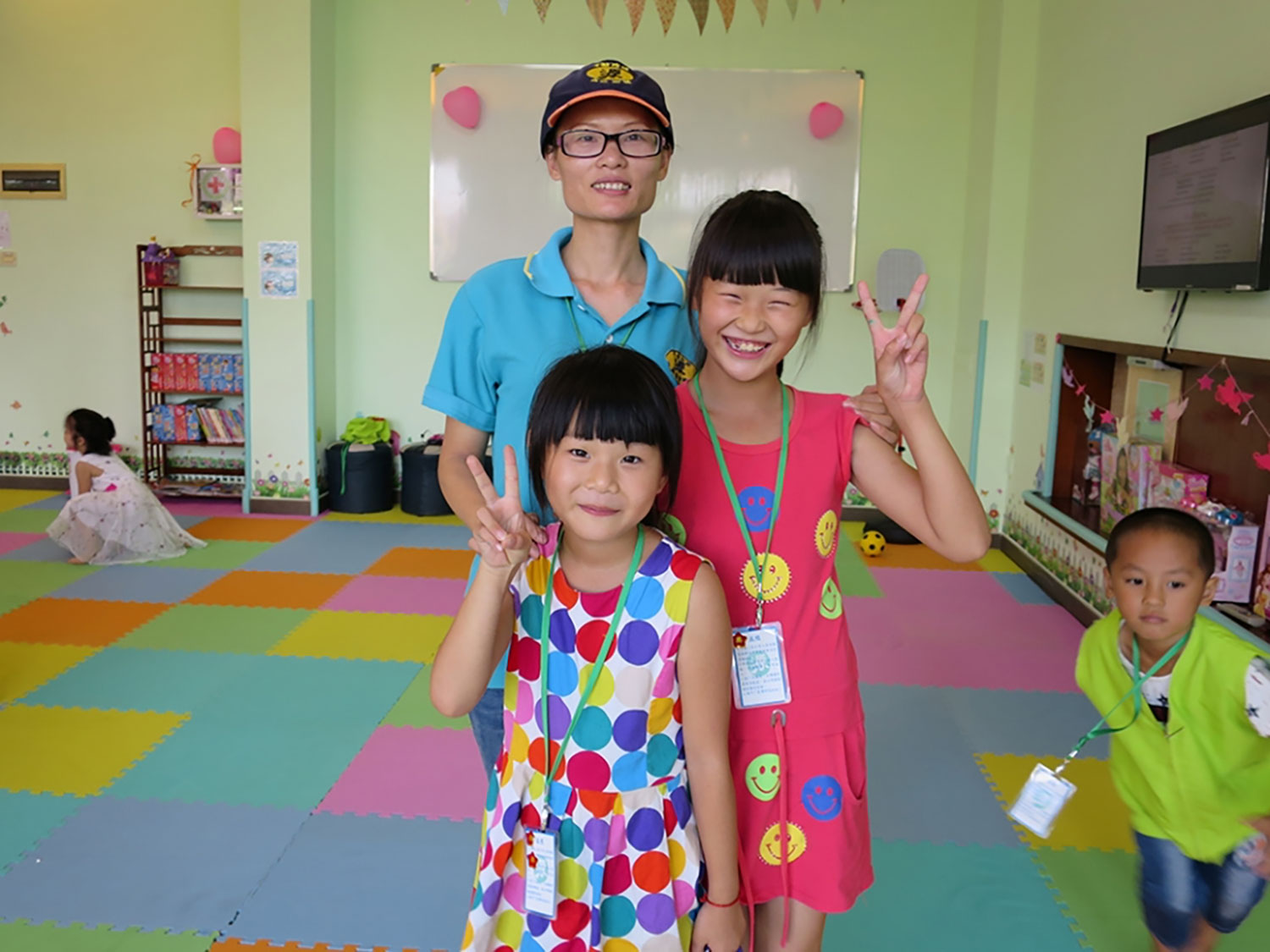 Xiao Chen lives together with her daughters, a privilege that only few workers have. She is also lucky in that her seven years in the factory has led to significant career advancement. Once an assembly line worker, she was eventually promoted to line manager level, a position that comes with a new set of challenges and responsibilities, we learn.

As a line manager, Xiao serves as a direct link between the workers and the factory’s various departments – a position that requires oversight, time management, and most importantly communication skills. One of the concerns Xiao Chen voiced during our conversation is that she initially struggled to effectively communicate with her staff, most of whom are older than she is. “If I tell them to work at another section because they are more suitable to that type of work, they’ll complain and say no. They only think about their own perspective and don’t think about other people’s perspectives.” The age disparity between workers and line managers as well as the lack of training often leads to unwanted tension between colleagues.

The generation gap is particularly striking among China's young workers from the post 90s generation who have been raised in a different manner than their parent’s generation. A large number of these youngsters are second generation migrant workers – many of their parents were among the first to ride the wave of opportunity in the early to late nineties as China's reform and opening began to trigger an economic boom. They landed at the gates of economic zones and factories across the country, hoping their sacrifice of leaving behind family would eventually pay off.

As the parents worked, millions of post-90's kids grew up in the care of elderly grandparents, often not seeing their parents for years on end. According to a study on young workers in the electronics industry found that workers aged between 16-21 lacked social skills, emotional resilience and ability to integrate. While several factors may explain this, long-term lack of parental guidance and support is a key reason.

While Xiao Chen doesn't fit that profile at almost 40, the fact that even she feels the generation gap with peers a mere 10 years older that her, illustrates all the more how striking the differences between under 25s and their 40-50 year old managers must be.

Line manager training is one of various tools that can help bridge these gaps. Equipping line managers with the necessary knowledge and skills to effectively resolve conflicts is a necessary step to ensure a better work environment and pleased workforce.

Xiao Chen tells us that she has since acclimated to the position and has learned how to deal with her co-workers. These newly learned skills have not only helped Xiao Chen become a better line manager, it has also helped her better understand the people around her. One day when her children are grown up she hopes to up and leave to travel the world.