Voices from the Factory: "We've Never Seen Such a Good Factory"

Voices from the Factory: "We've Never Seen Such a Good Factory"

He is from Yunnan province. When he came to Guangdong to work in a toy factory in 2015, his wife worried whether he would get used to the warm climate here and whether he was strong enough to work in the factory. For Zhang Quan, what worried him most was not him, but the four-year-old daughter he left behind with his parents. He called his daughter every day but never stopped worrying about her, especially when she told him that two little kids died because of an electricity accident in their village. He also worried that she watched too much television and his parents were too busy and not able to help with her homework. He worried that she would grow up like him who gave up on his schooling too easily and didn’t have many options to make a better life. He worried about his daughter so much, that he was wondering if he should just quit his job and go home, even though he had been made a team assistant on his production line due to good performance, and both he and his wife were satisfied with the pay and workload.

When he heard from his line managers that the factory might open a Child Friendly Space for the workers’ children in early June, he took leave immediately even before the news was confirmed or before he could enrol his daughter into it.

“I missed her so much and just wanted to see her as soon as possible.” Since it was not the summer vacation yet, he had to get his daughter to take a leave from her kindergarten. They were back at the factory on June 22 (2016) and his daughter started attending the Child Friendly Space in early July. 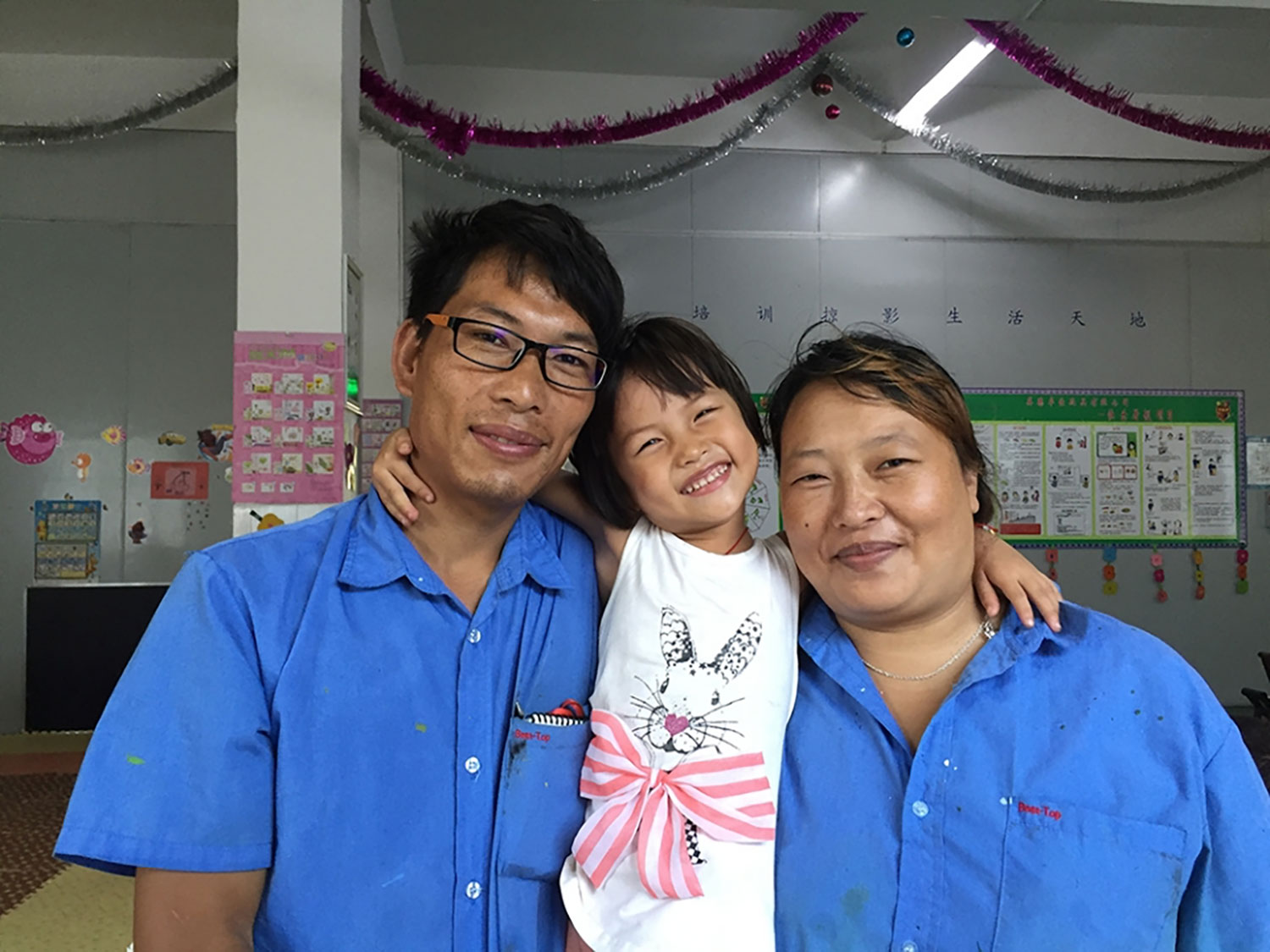 Zhang Quan was impressed by the teachers there. “I’m very relaxed that my daughter is looked after by them. She likes singing and dancing. When she first came, the teachers said my daughter was the most timid girl. Now after a couple of weeks, she greets even people she never met before. When she comes home, she sings and dances to us. She’s learned a lot and learns very fast. I’m very satisfied with her progress.” He felt overwhelmed when his daughter said to him one day that she knew how hard her parents worked every day.

He was also touched that his manager ensured that his wife did only the day shift so that she could look after her daughter. His manager even reminded his wife to get off work on time to pick up their little girl, when he saw that she stayed behind to help.

“I have nothing to worry about. Every day, I try to get my work done as soon as possible and then go to pick up my daughter”. Zhang Quan said that he and his wife worked faster during the summer and actually made a few hundred RMB more. Zhang Quan looked forward to bringing his daughter over again next summer. He was also considering putting his daughter into the local school, when he heard that the factory could help with that.

“My wife and I have never seen such a good factory. I would like to work here for a few years more."