What began in 2016 as a pilot programme with six factories in China, grew into a large-scale initiative with 44 factories running Child Friendly Spaces (CFS) in China by 2018. The program’s growth is a testimony to its positive impact, but it’s also a reminder of the strong need for migrant parent support programmes. In this blog series, we document some of the stories and feedback we collected during monitoring and assessment visits at the various CFS in 2018 to show how the programme has affected the lives of parent workers and their children, and also how it has benefitted the participating factories. 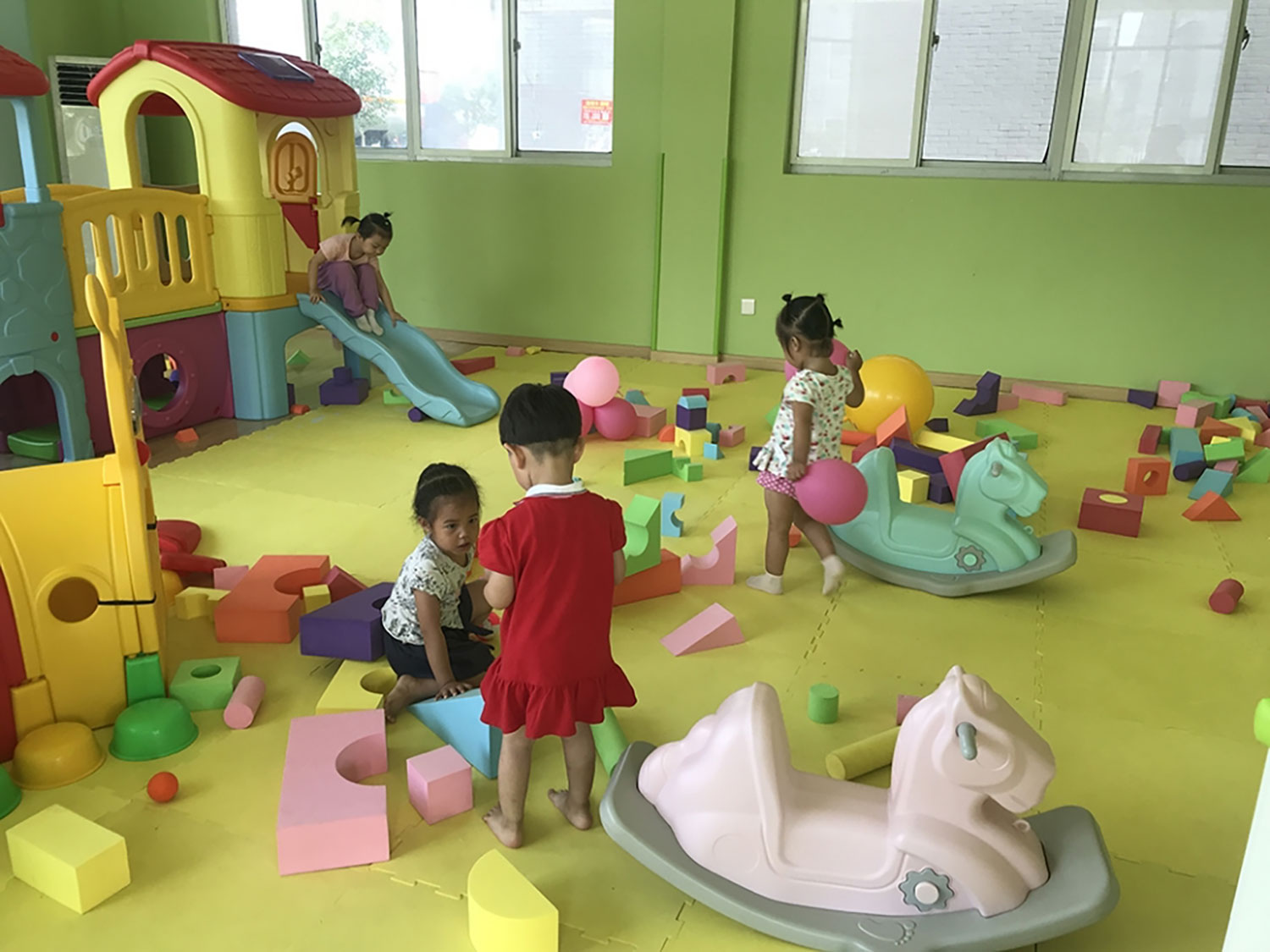 “I really appreciate that our factory has been running the CFS project as it solves my dilemma as a working mom during the summer. At least [my daughter] has interesting things to do and new friends to play with, and I feel less stressed and anxious at work during the CFS period compared with the past summers or even the two weeks before CFS started,” says Ms. Li, a worker from Hubei Province.

Although Ms. Li still struggles with the dilemma of being a working mother, she is grateful for the CFS her factory offers as it helps improve the well-being of parent workers and their children. “I personally enjoy the parent-child activities organised by our factory. During the open game fair, Xiaomei and I had so much fun there joining different games and eating snacks; and the visit to the factory really gave her a chance to understand our daily work.”

Like many of her colleagues, Ms. Li does not live with her daughter and only gets to see her a handful of times during the year. Summer is the most anxious time for her because she worries about her daughter’s safety when school is closed. Many workers we spoke to during our factory visits reiterated her gratitude towards the factory for supporting working parents.

“I’m really grateful for our factory for this wonderful programme that enables my kid to have a meaningful summer and allows me to spend more time with him,” a working mother from Henan Province told us during an interview.

Another common thread between the workers we spoke to is the fact that CSF helped them get closer to their children. Mr. Gong, a father of a 12-year-old boy from Hubei Province, says that his relationship with his son has developed a lot since his son started participating in CFS. “The more time I spend with him, the closer we become. Now he is willing to share everything with me, including his own opinions, what happened at school and things that make him unhappy. I am very satisfied with such positive change. And I am very grateful to our factory for this great project.”

The CFS program has also helped reduce parent workers’ worries, enabling them to put their mind to rest while at work. Mr. Ge, from Henan Province, used to worry about his sons before CFS was established. “Every summer there were kids drowning in rivers in our village, so I was really worried about the safety of my sons.” CFS allowed him to bring his children from Henan Province and to worry less about them. Having his children there during their summer vacation is also something that has brought him closer to his two sons. Mr. Ge’s wife, Ms. Xu, says that she “noticed that Pingyi has been closer to his father. Before, Pingyi seldomly took initiatives to call his father and talk on the phone, as there was no common topic between them. It seemed that Pingyi did not miss his father at all. But this summer, staying in his father’s factory dorm has enabled them to share life together, and Pingyi is quite sad to leave his father when [CFS] ends.”

Mr. Li, a front-line worker and father of an eight-year-old boy says: “this is the fourth time that my son has participated in [CFS], and thanks to this, I do not need to worry about his safety when at work.” He explains that having his son in CFS rather than in an unattended house is something he prefers because it puts his mind at ease. Mr. Li gratefully talks about the fact that his factory helps families. “I have been working [here] for 13 years and I am content that the factory cares for its employees and their families.” A frontline worker, the father of a six-year-old boy who is looked after by his grandparents, also expresses gratitude to his workplace. “Thanks to [CFS], I can see [my son] every day this summer and I feel assured at work […] Seeing his happy face, I feel from the bottom of my heart that our factory is so considerate to us.”

A mother worker of a nine-year-old boy from Hubei Province explains: “CFS helps me in that it allows me to balance work and family and I am less anxious about my kid’s study and safety during the summer.”