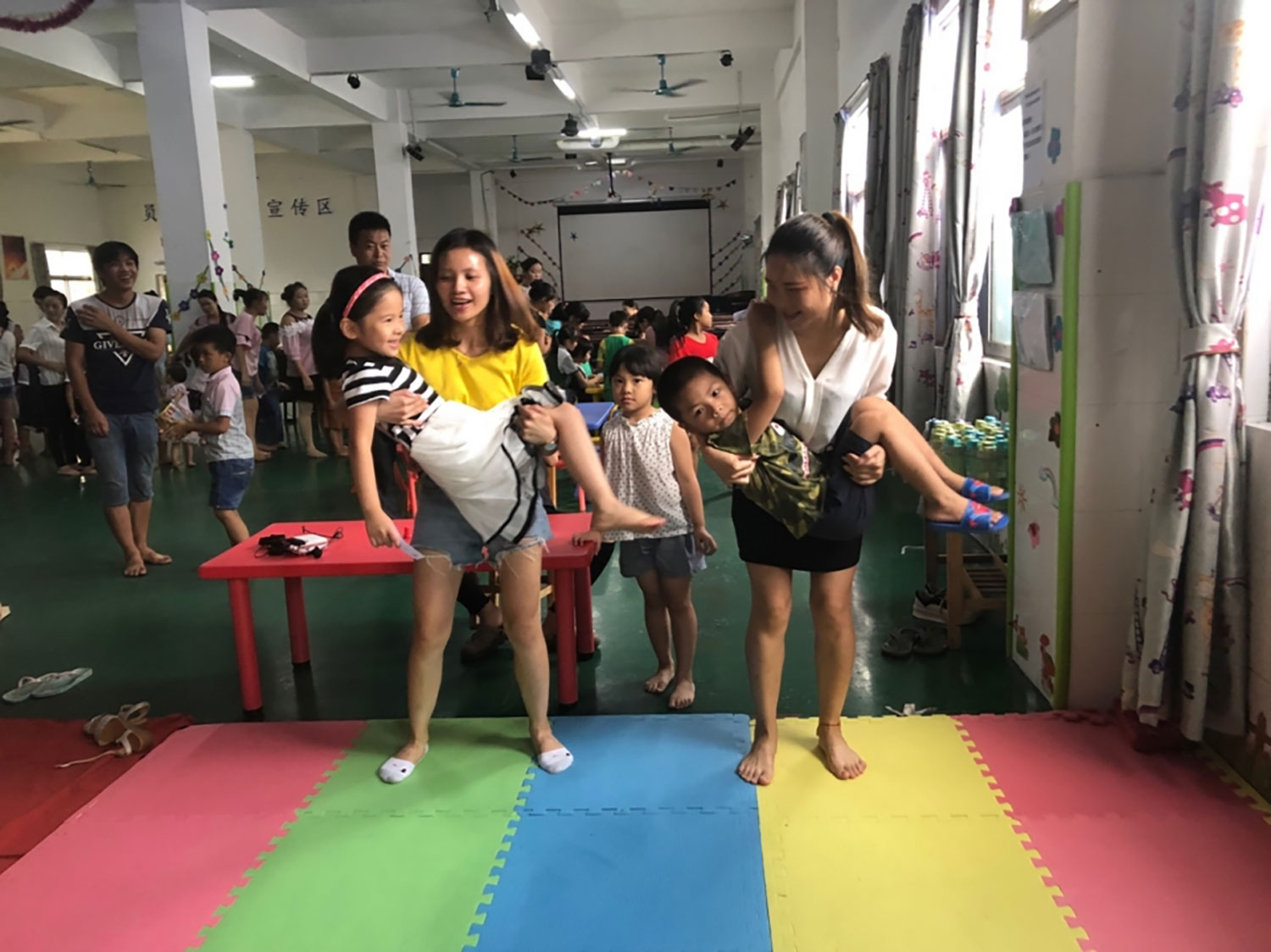 What began in 2016 as a pilot programme with six factories in China, grew into a large-scale initiative with 44 factories running Child Friendly Spaces (CFS) in China in 2018. The programme’s growth is a testimony to its positive impact, but it’s also a reminder of the strong need for migrant parent support programmes. In this blog series, we document some of the stories and feedback we collected during monitoring and assessment visits at the various CFS in 2018 to show how the programme has affected the lives of parent workers and their children, and how it has impacted the participating factories.

“This year we extended the CFS from half day to whole day so that children can be better taken care of when their parents are at work. Though this leads to rising expenses, we have received more positive feedback from workers […] Over the years, our CFS has helped maintain a good reputation both inside and outside the factory” says Ms. Zhang, factory personnel in charge of the CFS.

Factory management are recognising the long-term positive impact CFS have on workers and workers’ children’s well-being. Therefore, some factories have decided to invest in CFS long-term. Executive Assistant Ms. Yang says she and her staff perceive the CFS to be a way of improving worker welfare: “Our management team values this programme and is willing to invest enough resources to get things done nicely in order to improve the well-being of our workers.”

Ms. Wu, who managed a CFS at a factory, gives an example on how CFS investments have helped their workers’ wellbeing: “We have increased our investment on CFS, including renovating the venue and recruiting professional teachers, who have organised various activities using their skills and expertise. Our staff commented that the CFS this summer was better than last year, so they do not need to worry about children at work at all.” According to our analysis of the CFS impact, worker retention rates improved after CFS were implemented in the participating factories.

Ms. Wu continues by explaining how they keep parents involved in the CFS: “We have a WeChat group to keep parents updated about the daily operation and activities at CFS.” Although the CFS has brought positive outcome, Ms. Wu still recognises that there is room for improvement: “We plan to change the venue to an open space next year, so more activities can be conducted, and children can be better supervised in case of accidents.”

The factory management’s desire to establish a safe space for workers’ children is also conveyed by Lucy who oversees a CFS at another factory. She tells us about her strategy to ensure that their CFS is set up next year: “After this summer, the venue will return to be the activity room for staff; nevertheless, the equipment for kids will be stored inside and will be used for the next summer; otherwise, putting them elsewhere increases the chance that they won’t be put back in place in this venue next summer.” Lucy continues and says that the CFS is important to her and that she would like to see it last for at least a few more years. She explains the CFS creates extra workload for her, but that she doesn’t mind going the extra mile as she “would love to see the smiles of kids again.”

Ms. Ding, a factory owner, also expresses her factory’s desire to take care of their workers’ children. “We go to great lengths to offer the best for the kids […] We are happy to see the kids here being healthy and energetic and their positive behavioural change shortly after the opening of CFS.” She explains that it took her management a while to convince the workers of CFS: “Parents were hesitant to sign up their kids to this program in the first place, but we moved them with sincerity. It was not an easy process, but we convinced them. And in the end, all parents spoke highly of the CFS operation.”