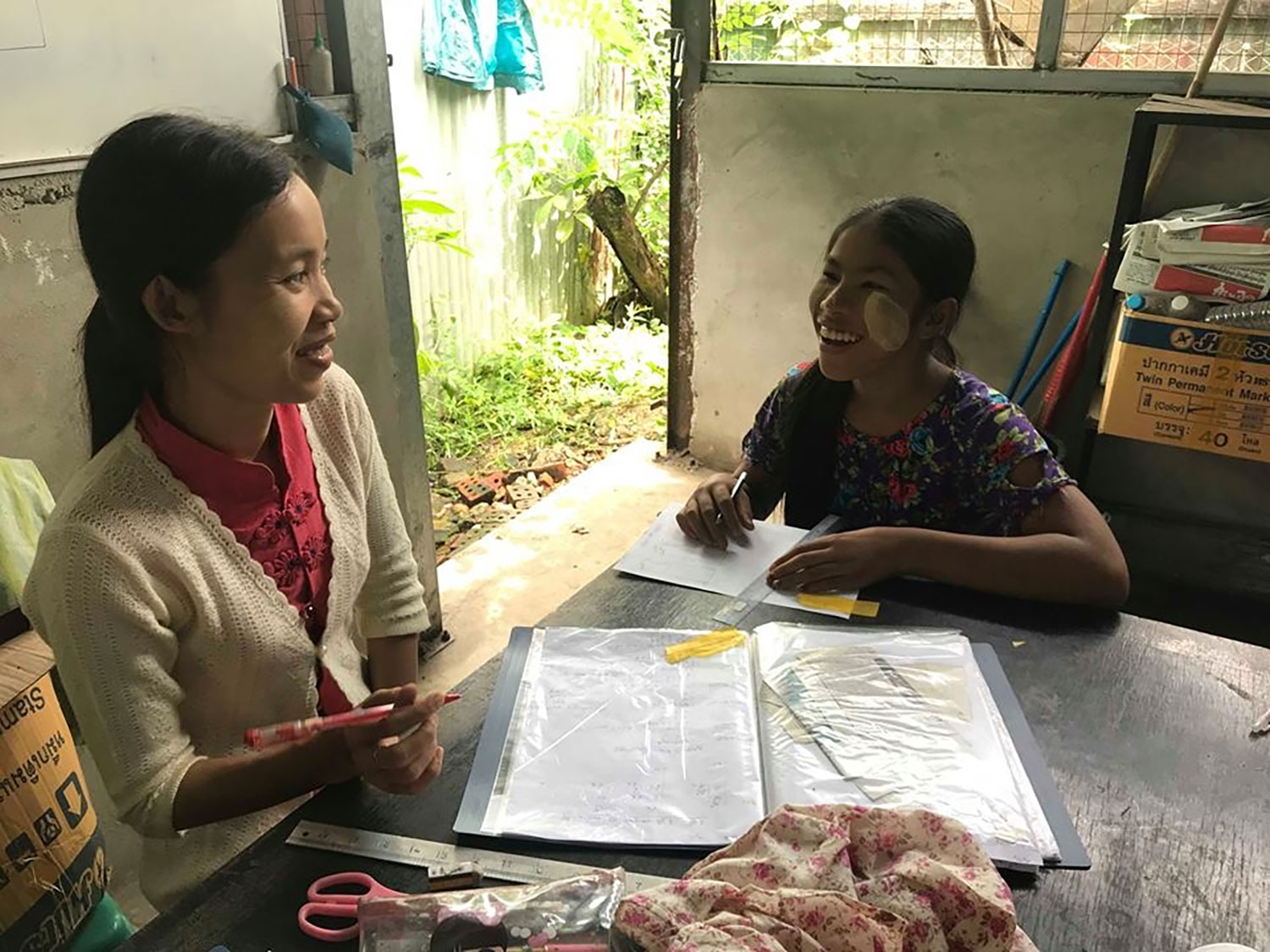 “Continuing with my education would be a huge burden for my family and I don’t want to put them through that.” Phyu Phyu* was 14 years old when she dropped out of school to work in a factory. Her mother suffered from a stroke making her incapacitated, which in turn plunged the family deeper into poverty. As the second oldest of four children, Phyu Phyu felt obliged to pull her weight and support the family financially.

Phyu Phyu found a job at the same factory as her sister and father. The hiring process was easy: no ID checks took place and she neither filled out a registration form nor signed a labour contract. For the next three months, Phyu Phyu worked 11-hour days removing paper from garments and occasionally adding sequins to clothing. She usually also worked 8 hours on Sundays.

In December 2017, a brand auditor discovered Phyu Phyu and immediately removed her from the work site. After conducting a rapid assessment of her situation, which included interviews with her and her family, a remediation programme was designed to meet her needs and interests. The remediation programme was designed in such a way that she would continue receiving a living wage every month, while also enrol in a school or programme of her interest.

“I would like to learn how to sew so I can get a better job in the future,” Phyu Phyu told us during the first interview. While she didn’t want to be a burden for her family, this remediation programme allowed her to enrol in a practical vocational education programme all while continuing to support her family.

Phyu Phyu thrived at the vocational training centre. For 1.5 years, she flew through the courses, which included basic to advanced sewing and life skill training on such topics as child rights & child protection, personal hygiene, health awareness, sexual harassment and financial management. Her talent and motivation didn’t go unnoticed. She was particularly agile on the sewing machine; so much so, that the vocational training centre gifted her with her very own sewing machine. In an instant, Phyu Phyu’s horizon was expanded.

Rather than settle for a job at a garment factory, Phyu Phyu has now decided to open up her own sewing shop with her sister in their home village. Phyu Phyu hopes that this will allow her to continue supporting her family, while also giving other girls in her village an opportunity to gain skills and employment. Because of the opportunities that this remediation programme has brought, Phyu Phyu is confident that her contributions from the sewing shop will allow her siblings to complete their education.

Her remediation programme ended in June 2019 but Phyu Phyu is committed to finishing the advanced sewing course first before working on her big dream of opening a sewing shop.