Voices from the Factory: No Need to Quit Thanks to Child Friendly Spaces

Voices from the Factory: No Need to Quit Thanks to Child Friendly Spaces 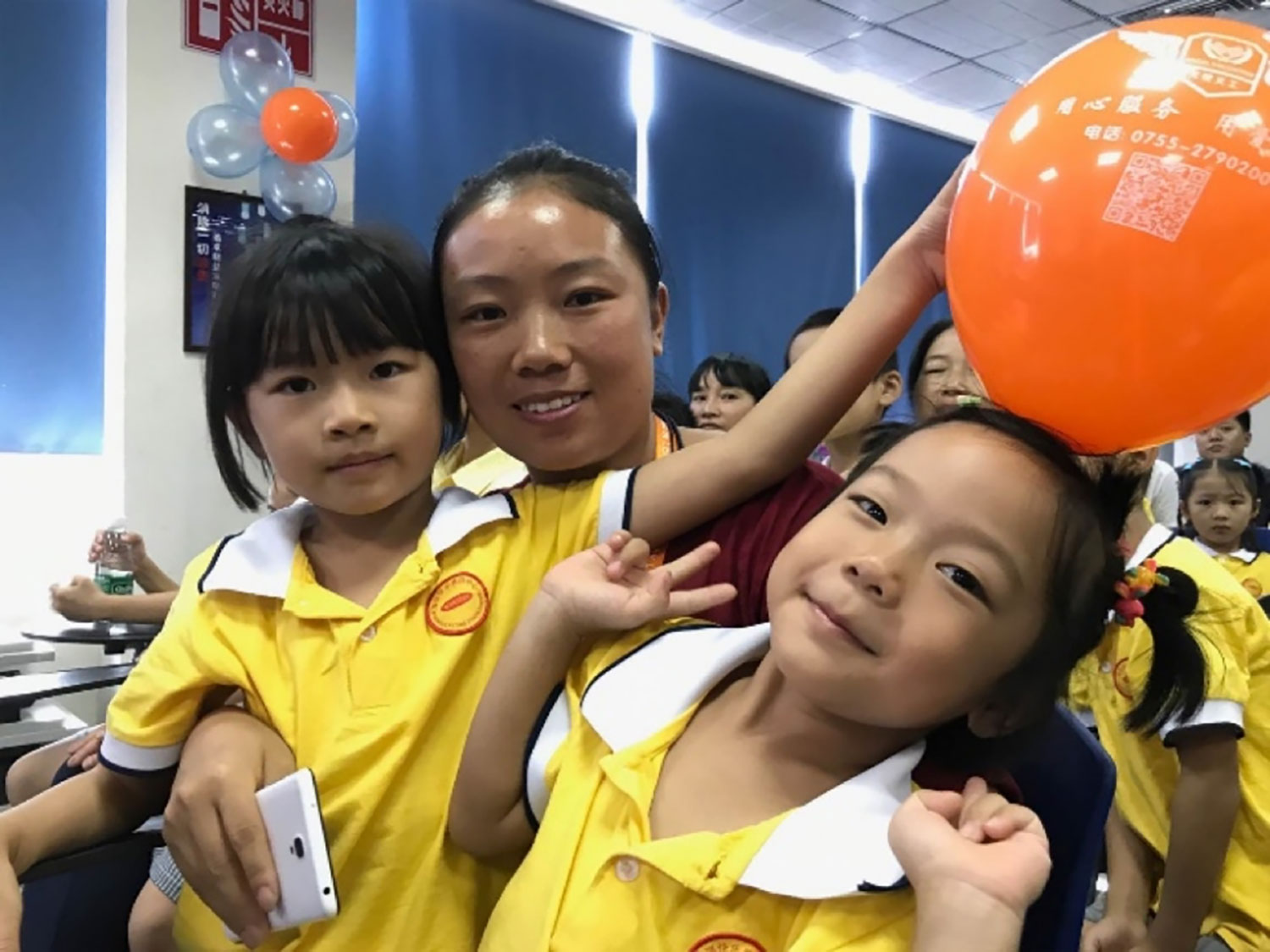 “Thanks to the Child Friendly Space, I don’t have to resign to take care of my children anymore.”

Mrs. Liu (pseudonym), originally from Sichuan Province, works in the product storage department of a toy factory in Guangdong. She lives in Shenzhen with her husband who works in another nearby factory. Their two daughters, aged 5 and 7, are left behind in her husband’s hometown some 180 km from Shenzhen.

“We always go back to see them when we have a break. But in their hearts, they still think it’s best to stay with us. They really wish we could stay at home with them. However, we have no choice. We have to leave them behind.” Mrs. Liu said. Although both girls are taken care of by their grandparents at the moment, the grandparents are getting older and it is hard for them to maintain the physical stamina to keep up with the girls all day long.

“I have no choice but to resign each summer to take care of my girls. I brought them to Shenzhen last summer and we lived in the dormitory. It’s been over three years since I started working here, and during each summer holiday, I have to quit my job to go home for my girls. I requested to leave again this June due to the same reason. My manager really doesn’t want me to leave since the factory’s experiencing worker shortages. Fortunately, a Child Friendly Space opened in our factory this year, and I immediately signed up for it when I heard about it.”

In the many in-depth interviews The Centre (formerly CCR CSR) conducted as part of its 2017 report “From the Factory with Love: A Study on Migrant Parent Workers in China”, many workers struggled with the same issue: how to balance work and taking care of children during their summer school break. Many of those we interviewed had quit at one stage or another to look after their children.

After successfully registering for CFS, Mrs. Liu asked for leave to bring her daughters to Shenzhen and to settle them in to their rental house. In the morning, she would send them to CFS, and pick them up again for lunch at noon. In the afternoon, her husband would come to pick them up since he was off work earlier than Mrs. Liu.  At night, they would watch TV and chat with each other.

“Even though we are truly tired, working in the daytime and doing chores at night, it’s worth taking them here. They are happy, truly delighted. It is entirely worthwhile. This program is definitely wonderful.”

Mrs. Liu has also observed many positive changes in her daughters during the past month.

“My 5-year-old girl, who was used to being fed by her grandma, has fed herself during every meal since coming here. Furthermore, their eating habits have been slowly changing. They did not like vegetables before since their grandma just made homogeneous food for them. Since being here, I encourage them to have more vegetables and avoid picky eating habits. They are no longer picky with food now.”

Mrs. Liu knew that it was inevitable that the girls would be influenced by their grandparents, but she hopes that she can gradually start instructing her two girls on her own.

Meanwhile, the relationship between Mrs. Liu’s husband and his daughters has also improved. “I raised my daughters for more than a year before I started working. My husband spent less time with them. So they used to be closer to me. But their relationship with my husband has gotten better since we started living together. When their dad is away, the girls miss him and say, ‘why has dad not come home yet?’.”

With regards to guidance, Mrs. Liu found that their grandparents might not clarify and correct their mistakes, whereas she would point them out and help them understand what they did wrong. Even though she scolds her girls once in a while, they still wish they could stay with their parents. “In children’s eyes, it will always be better to have their parents with them.”

Mrs. Liu hopes to bring her girls with her in the future. “It is still not possible for us to live together permanently and they have to stay in my hometown. All I can do is go back and see them more often. I wish I could bring them with me if I could, even if it means being more tired. One of my former colleagues goes back home once a year, and her children do not know her that well and do not try to get close to her.”

“It’s really nice for my factory to launch such a program. I’m sure more workers will bring their children here if it starts earlier next year. How wonderful that we do not have to resign and have our children around. When I brought my daughters to CFS in the morning this summer, all my neighbours working in other factories nearby were envious and surprised that our factory was treating us so well.”